I felt like doing something else today, I definitely need a break and think about further updates of the central node. I was asked to build a bed for Barbie and her friend, so here it is. The frame is made of plywood, my wife provided the fabric, and the mattress from soft foam material I found somewhere, it was originally part of keyboard packing or something like that.

I used my old good Proxxon table saw. The saw is fastened to a little plank of wood by four screws, and then the plank is fastened to the table with two clamps. To cut big pieces of plywood more or less rectangular, I made a bigger working are of plywood and some squared timber. It's not perfectly rectangular, and has other problems, but with a bit of effort, the results are at least satisfying. 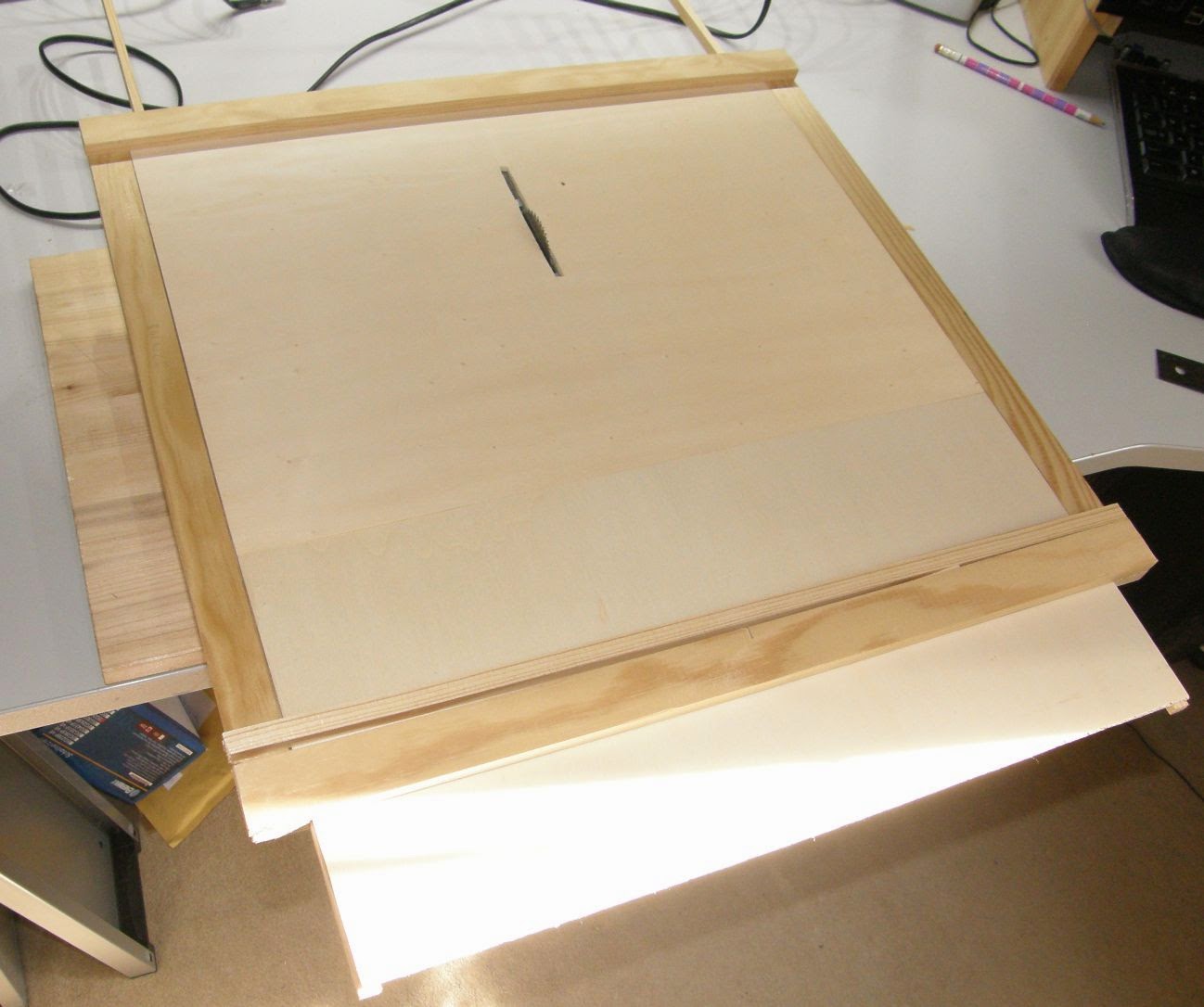 The frame slides along the saw table, and helps me to make long and straight cuts. Unfortunately, this whole arrangement only allows me to cut plywood not thicker than 5-6mm, but it's still a major help.

I also made another attempt on the high voltage power supply for GM counter. The results are even worse than the previous attempt, and I am wondering why. I ordered some 9.1MOhm SMD resistors, and next attemp will use SMD transistors, the same I used for the very first supply.
Some minor changes were done to the central node code as well, but nothing major. I started to look into the available libraries for RFM12B that could be used with Due. I found one, using SPI port, but I am a bit skeptical about it - plus, of course, I have no free SPI CS pins. However, I am considering getting rid of the display, and if nothing else, I can just convert an existing library to use SW SPI.
Why removing the display? First, I am not sure how useful it will be in final product. It is pretty useful now, but the nRF24L01 modules have quite short range, and even with 250kbps, the signal doesn't make it through walls to the bathroom. To overcome this, I am considering putting the central node to more central location in the appartment, but then the display will be useless. Second, as clearing the screen takes over 100ms, it would greatly impact the response time of the RF24Network, eventually losing packets randomly, and I don't like that idea.
Vystavil Kubik v 14:09