How much solar power II 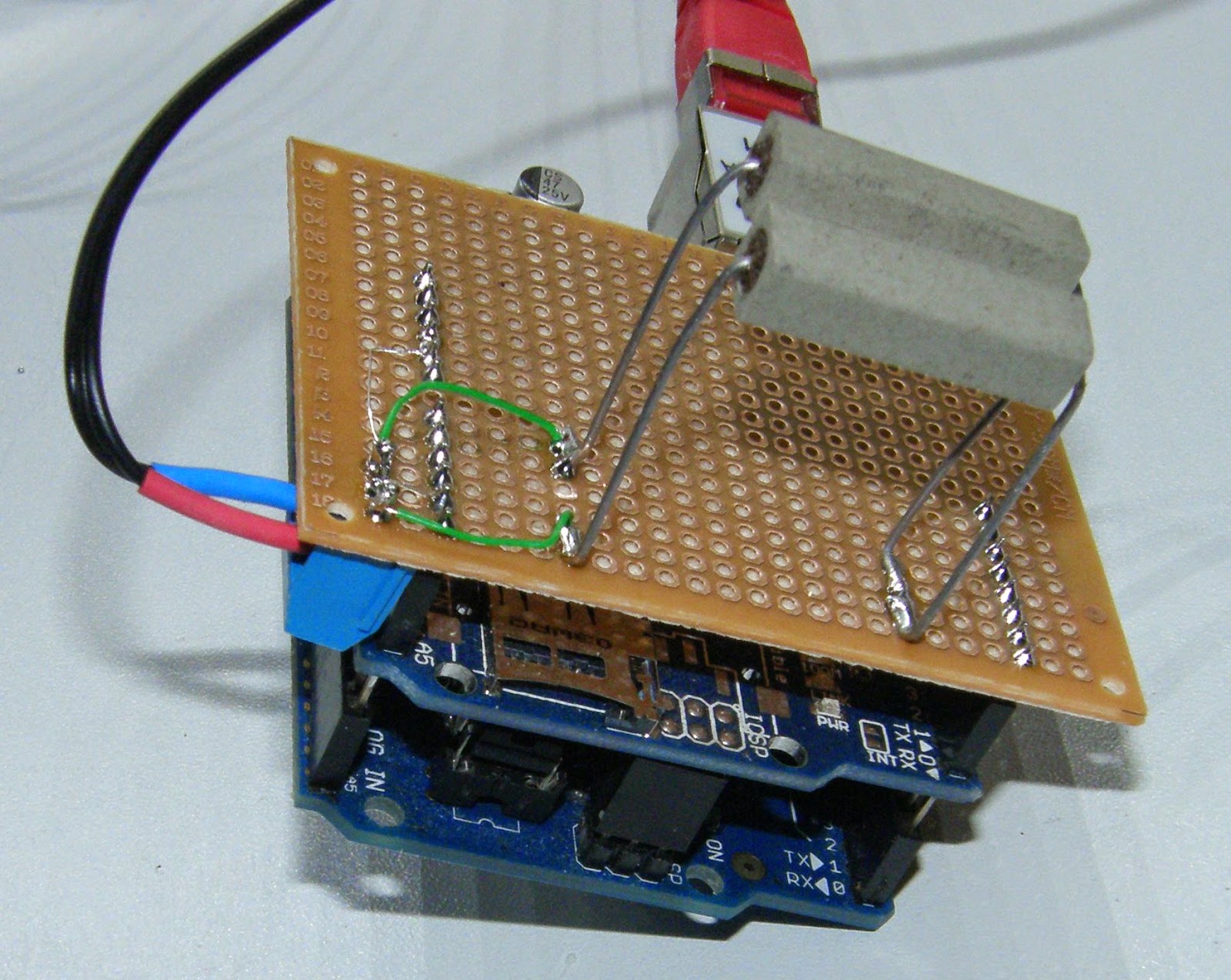 I realized I did not post any pictures recently. In order to keep the blog more entertaining, this is my evening creation. I know, it's nothing, but at least a picture!
It's Arduino Uno with Ethernet shield (I bought two of them years ago and used them just a few times for testing, I usually use ENC28J60). I added two power 5.6Ohm resistors in series as a dummy load, and I hacked together a few demos to post the results of the solar panel performance on plot.ly. The graph shows voltage and wattage, the time is shown as number seconds after this evening. Not the best scaling, but it serves the purpose of giving me a better picture of what's going on, and I can monitor the results in realtime from work.
As for today's solar panel performance results - they're both promising and disappointing. After I moved the panel a little to face the morning sun, the wattage jumped to 3.73W. That was at 9:28 before I went to work. The power peaked at cca 4.5W, and changed with the clouds covering the Sun and disappearing again. The last usable reading arrived before 3PM, and then the power begun to decline. A rough guess is I was able to generate some 20Wh. It's not bad, although I'd expect the power to peak higher - those are three 5W panels! However, the position isn't optimal, and especially in winter, the building at the opposite side of the yard casts a shadow on our balcony in the afternoon, that's probably that sharp decline of power at 3PM.
I found some info on proper tilting the panels, and mine are obviously not optimally tilted. For bigger panels I plan, I'll need to come with better way to tilt them, and being able to adjust it over the year. Ideally, they should also trace the Sun, but that would be too complicated.
New goodies arrived - the GM tubes from Bulgary! Pictures tomorrow.
Vystavil Kubik v 15:50